Warning! If you are not comfortable with women's health issues, skip this blog post.

I haven't been here for several months. The next few posts will be a "Catch up" of sorts.
The last 2 years, I have been sleeping a lot.  I would go to work and come home EXHAUSTED to fall right into bed.
In October, I started bleeding. At first, I thought it was my normal period, but it was really heavy.  We went on vacation to Florida and I hemorrhaged the entire time. I bled so much I passed my Mirena.  I called my Ob-gyn, but they just gave me an appointment for 2 weeks later and told me to take Tylenol and Ibuprofen for the bleeding. Remarkably, the Tylenol-Ibuprofen concoction actually slowed my bleeding, or I am convinced I would have died. I continued to bleed during our entire vacation, all through Disney, all over Cocoa Beach (Not literally), and for the duration of our trip.  I was going through a box of Ultra tampons and a box of overnight pads a day!  I was passing blood clots the size of my palm of my hand!  After I got home, the bleeding lessened only if I stayed on the Tylenol-Ibuprofen. If I forgot to take it, I immediately regretted the oversight at the expense of my panties and clothing. I began to wear 3 -4 pads at a time.  I used two in an attempt to cover every inch of the crotch of my undies, and one- sideways- across the top above where the aforementioned pads ended, and another across the back, fashioning a sort of messed-up feminine diaper.  I bled so quickly that without these safeguards, I would not have been able to do anything in public for the entire month.  It was still very difficult.  If I hadn't been subbing in an 8th-grade classroom where I could sit most of the time and had easy access to the bathroom, I wouldn't have been able to work.
I went to see my doctor and after an examination, he said I had a big fibroid tumor.  He replaced the Mirena. (I bled it out that evening.) He set me up for an ultrasound at the end of the month.  That was 2 weeks later!  I was having difficulty walking even the shortest distances without becoming winded. My heart would beat so hard, It felt like it was going to beat right out of my chest. I started to have vision issues. I had a black crescent shape in my vision field on the right side. It would not go away.  One day while I was SITTING at my desk I began to feel faint. I asked my family to pray that I didn't pass out and scare my 8th graders to death.
In retrospect, I should have been louder. I should have been more demanding. I don't think my Ob-gyn realized how bad off I was because I wasn't panicking. I wasn't crying. I made sure to take the Tylenol-Ibuprofen before my examination so I wouldn't bleed all over him.  I was always calm, cool, and collected, just like every good, mannerly, southern girl is supposed to be.  This was my error. I didn't make him hear me. I should have been more insistent. I should have been more detailed in how badly I was bleeding out; but in the moment, I forgot to say things. I accepted being pushed to the side because I just didn't want to be a pain...not wanting to be a pain in someone else's side, could have cost me my life. I was very close to being so low on blood that I could have had a heart attack or a stroke.
I became frustrated and went to my Nurse Practitioner at my Family Doctor's office.  She listened to all my symptoms. She was concerned about my neurological symptoms but, realized I needed to attend to my female issues first. She did bloodwork to see how low  I was on the good stuff.  A WEEK later while at work on October 30th, I received a call from my local hospital to set up an appointment for a blood transfusion. They scheduled me for the next day.  That same afternoon I had an ultrasound at my local hospital. I have known the ultrasound tech for many years. When I told her what I had been going through, and that I was going to have a blood transfusion the next day, she stepped out of the room and called my Obgyn immediately and talked to my doctor. That did the trick. He called me back and set an appointment up for the next morning.
The next day I went to see my Ob-gyn and he read my ultrasound results. I had a 6 cm tumor in my uterus. I had to have a complete hysterectomy as soon as he could get me scheduled.  He scheduled me for less than a week later on November 6th. That afternoon, on Halloween I went to the infusion department at my local hospital to receive one unit of blood.  Once they saw how low my numbers were, they decided I was going to need more.  I was at the hospital receiving blood from noon-11 PM at night. I received three units of blood that day.  It still didn't put my numbers up to normal.  I would receive 2 more units during my hysterectomy.  it turned out the tumor was 7 cm (2.76 inches) in diameter, My uterus was the size of a baseball. My hysterectomy went off without a hitch!  I healed up and for a few weeks, and with all the new blood and extra vitamins they put me on, I felt great! ...until right after the new year,  when I was sidelined again.
To be continued tomorrow...
Don't forget to like, share, subscribe, and follow!!
- July 28, 2019 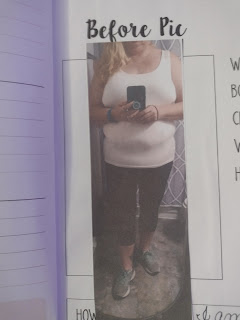 MB Hubbard
Just trying to bring some light and truth into the world.